WHAT IS PICKLEBALL AND WHY IS IT SO POPULAR?
PickleBall is a paddle sport that combines elements of tennis & ping-pong.
Players use a solid face paddle/racquet and hit a small plastic ball with holes.
There are players of all ages and skill levels.
Rules are simple, making it a great intro sport.
​Its also challenging, fast-paced, and competitive game when people become more experienced at playing.
There are many reasons for PickleBall’s popularity in recent years.
Here are just some reasons why the USA PickleBall Association (USAPA) calls the sport, “highly contagious”:

Playing PickleBall is a Healthy Social Activity
Looking for some great exercise for your mind and body, playing PickleBall allows you to work on your balance, agility, reflexes, and hand-eye coordination without putting excessive strains on your body.

Older Athletes
PickleBall is a wonderful alternative for older players who used to play tennis, but have physical limitations such as hip, shoulder, knee, or other joint problems.

PickleBall is Perfect for Athletic Clubs and Wellness Centers
If you are looking to add an exciting, new program to your Athletic Club, PickleBall is an affordable and popular choice.
Because PickleBall can be played both indoors and outdoors, it’s an accessible option for recreational facilities of all types.
Basic Rules 101 & 2022 RuleBook 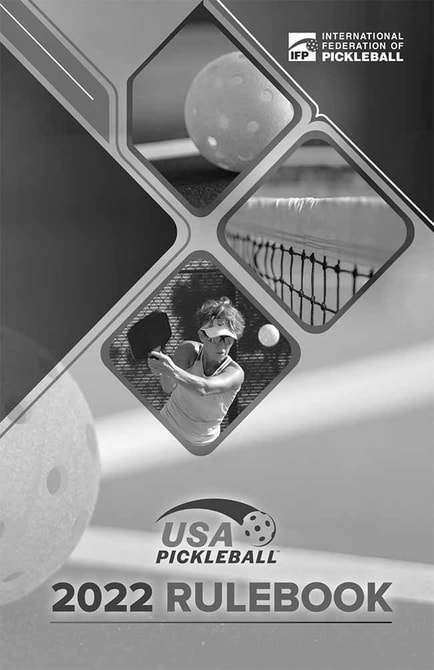 Mens Pro Game Highlights
Terminology
Traditional PICKLEBALL Scoring
PickleBall is a great way to both socialize and get in a competitive yet fun workout.
But who wants to compete without keeping score?
This is a brief introduction on how to keep score in PickleBall.
PickleBall can be played as singles or doubles.
Since doubles is played more often and has nearly the same rules as singles, we will talk about doubles scoring first.
Pickleball is usually played to eleven points, win by two.

Serving
Every rally begins with a serve. Before each serve, the server should call out the score by saying his or her team’s score first, then the opposing team’s score, and then his or her server number, which may either be one or two.
In doubles, each player on a team gets a chance to serve.

Once the serving team loses the 2nd Server rally, the opposing team now gets their two chances to serve.
This is called a side out. Its like Volleyball was back in the old days. 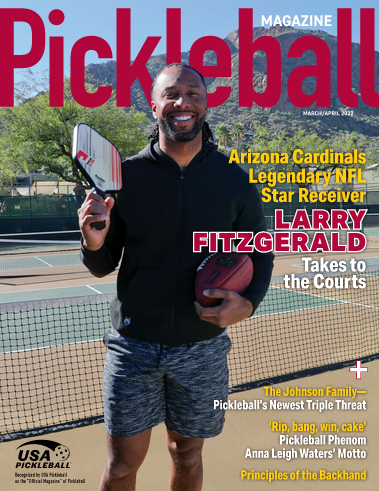